One of the most useful things you can get on your work (any type of work in fact) to help you improve. It’s both positive and negative  analysis and assessment of work given in a friendly way to help one accomplish a goal.

Sadly, I find that so many people take any kind of criticism badly. They take it personally and are often offended by it and for whatever reason they feel that the person giving it meant in a bad way ( when they often don’t). Quite often its just a small comment or something pointed out. Even amongst all the nice things said they focus only on the bad and don’t try to at all use it to help their work.

When you receive such critique be  it a minor one or a major you cannot take it personally. You should not assume that this person is trying to say what you have done is no good, that it means they think they are better then you or that its there to make people look at your flaws.

In my opinion anyone can give critique (“Everyone’s a critic” sound familiar?).  That’s because everyone has an opinion and they are entitled to it! Just because someone cant actually do what they are giving critique on doesn’t mean that they have no knowledge on it. Sometimes another person can see something that you don’t, or maybe they just would change something that you have done.

You also have to remember that

some things are just personal preference, you don’t have to change it because someone else tells you they think it would be better another way.  if you like it leave it, if your done, don’t change it. just take what they said, think about it,  and maybe it will be helpful to you later on.

I agree that there are people who will go around and ONLY point out negative things. Often these people are trying to hurt your feelings and should probably be ignored (troll alert!)

My tips for constructive criticism.

Of course there are many more points to make about constructive criticism, feel free to comment on them 🙂

Just thought i would share to you this great place that I found! Its really useful for people of all levels to start and improve on their figure drawings and gestures.

I actually found it ages ago and forgot, then my friend ForthSanity re-introduced me to it.

its got some great tips on anatomy  color and just drawing in general.

I’ve been trying to use it a bit more but really haven’t had a chance to really try it out. I think it could really help anyone improve their art.

Figure drawing is very important. It allows you to improve your observation skills. your proportions and shading will also greatly improve making your image really come to life. By studying the different details of each subject you can learn to distinguish between two of the same subjects more easily. Everything is unique and no 2 things should be the same!

So if your interested in improving your figure drawing skills be it human or animal this site would be a great place to visit. 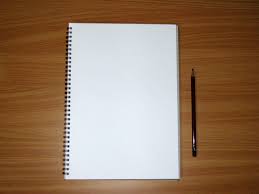 Every once in a while I find the time to make a new tutorial.

There are different types of tutorials available. there are written and video tutorials. Both instructional and observatory.

These are my favorite tutorials so far:

Instructional Video: How to Draw Long Hair and Bangs (Anime and Manga Style)