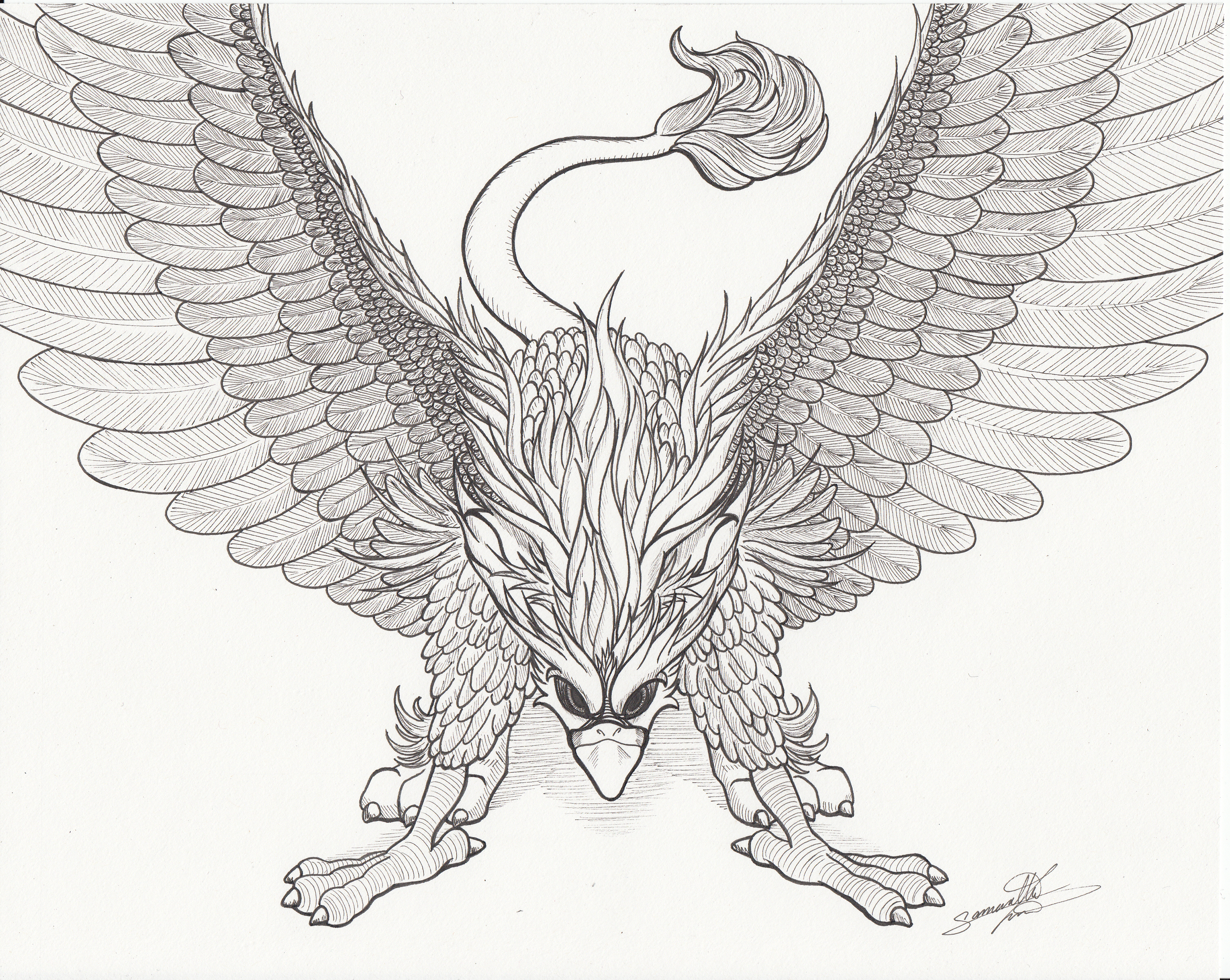 The Mighty Griffin – Inked by Sammacha
This is a re-do of an older image also named the mighty giffin
(http://www.sammacha.com/gallery/traditional/mythical/griffins.html#The%20Mighty%20Griffin )
It’s inked with a patient hand and I am wondering if I should add something, use a different technique and would like some input on the linework.
Still thinking about putting in a BG but at the same time I am afraid to ruin the thing.
I might add some colour to it, any suggestions?

The head (mainly the eyes) really captures your attention, as do the wings. It almost feels like you’re having a stare-down with this amazing creature!

Linework and how symmetrical the image is as a whole (especially done traditionally, boy that’s hard xD). As well, the amount of detail for the bigger feathers & tip of the tail show that you’ve put plenty of effort into this.

The hind legs and back. I feel the legs are too close to the front, making the picture almost look flat. Where as the back doesn’t seem to match the legs’ positioning (either the talons need to be changed or the legs – I’ve done 2 different variations in my redline). I personally struggle with foreshortening, more so when it comes to this type of pose.

More depth/darkened areas added would surely help this overall (maybe raise the back (butt XD) part higher). Your linework is amazing on this, and really the only thing I can suggest to help improve it is with your shading (more noticeably on the tail) is have the lines not all the same size. Pan out from longer lines to small, it should flow better than having constant sizes. The smaller feathers on the wings seem to lead to a bit of distraction, so maybe simplifying them would help show off the bigger wings a bit more and not grab your attention so much.

Seeing as this is my picture… well… I would like to say that his critique is quite helpful, the redline is great. In fact I did think about this idea while I was inking, but I was like… ugh the wings wont look as nice and they are one of the main things in the image, but yeah it does look better so I might try that pose in the near future. Yeah, that kind of foreshortening… it can be quite a challenge.
Thank you Moogle.